“Our forests are under significant pressure, and we are running against time. At this moment, as the climate change crisis deepens, the land-use pressure is threatening forests and their biodiversity, and when human survival itself is at risk; we need to demonstrate that FSC is a relevant and fundamental tool for resilient forests and the crucial role they play in climate and biodiversity protection. The coming year will be when we need to prove and build on our promise,” says Zandra. 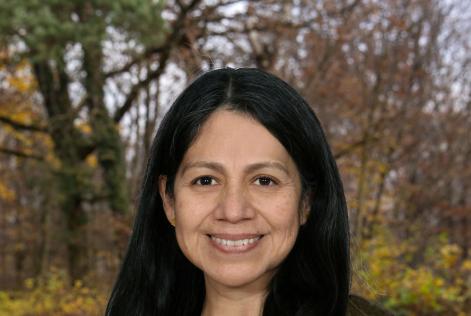 Since 2019, Zandra has served on the FSC International Board of Directors and has played an instrumental role in shaping the FSC Global Strategy 2021-2026. She has also contributed to several governance processes in Latin America.

Zandra’s connection with FSC spans over 20 years, where she has held various roles in the organization in the communications area, as a staff representative, and acting head of the Communications Unit. Outside of FSC Zandra has worked in the coffee sector and as an independent consultant in South and Central America and Europe analyzing the impacts of forest certification.

Zandra has a passion and commitment for human rights, small communities, and indigenous groups. In Oaxaca, Mexico she supports the Colectivo para la Ciudadanía de las Mujeres, (Collective for Women’s Citizenship) by advising policy development processes for women fighting for political justice and rights. She also advises the Women Network for Peace (MUCPAZ). Most recently, since early 2021 she has been working as a development adviser in Guatemala with the GIZ-German Civil Peace Service.

“I will keep our work focused on achieving our 2021- 2026 Global Strategy and strengthening FSC as an organization of excellence and service. We have a mission and vision to guide us, the human values to trust, and the resources to make it possible. I look forward to serving as your Global Chairperson and welcome your concerns, criticisms, perspectives, ideas and support,” says Zandra.

Zandra’s terms of office will run from 1 January to 30 December 2022. Zandra will also be supported by Janne Näräkkä  and  Per Larsson as Vice Chairs and Ivone Satsuki Namikawa as Treasurer.

The FSC International Board of Directors is made up of twelve elected representatives from FSC’s three membership chambers– economic, environmental, and social. Each chamber is further divided into global South and global North.