Looking back on 25 years of FSC

More than 25 years ago, the 1992 Earth Summit in Rio failed to produce an agreement to stop deforestation. In response, a committed group of businesses, environmentalists and community leaders banded together to create a revolutionary concept: a voluntary, market-based approach that would improve forestry practices worldwide. That meeting marked the birth of the Forest Stewardship Council. 25 years ago we pioneered certification for sustainable forestry, and we remain the most trusted sustainable forest management solution thanks to our committed and diverse stakeholders. 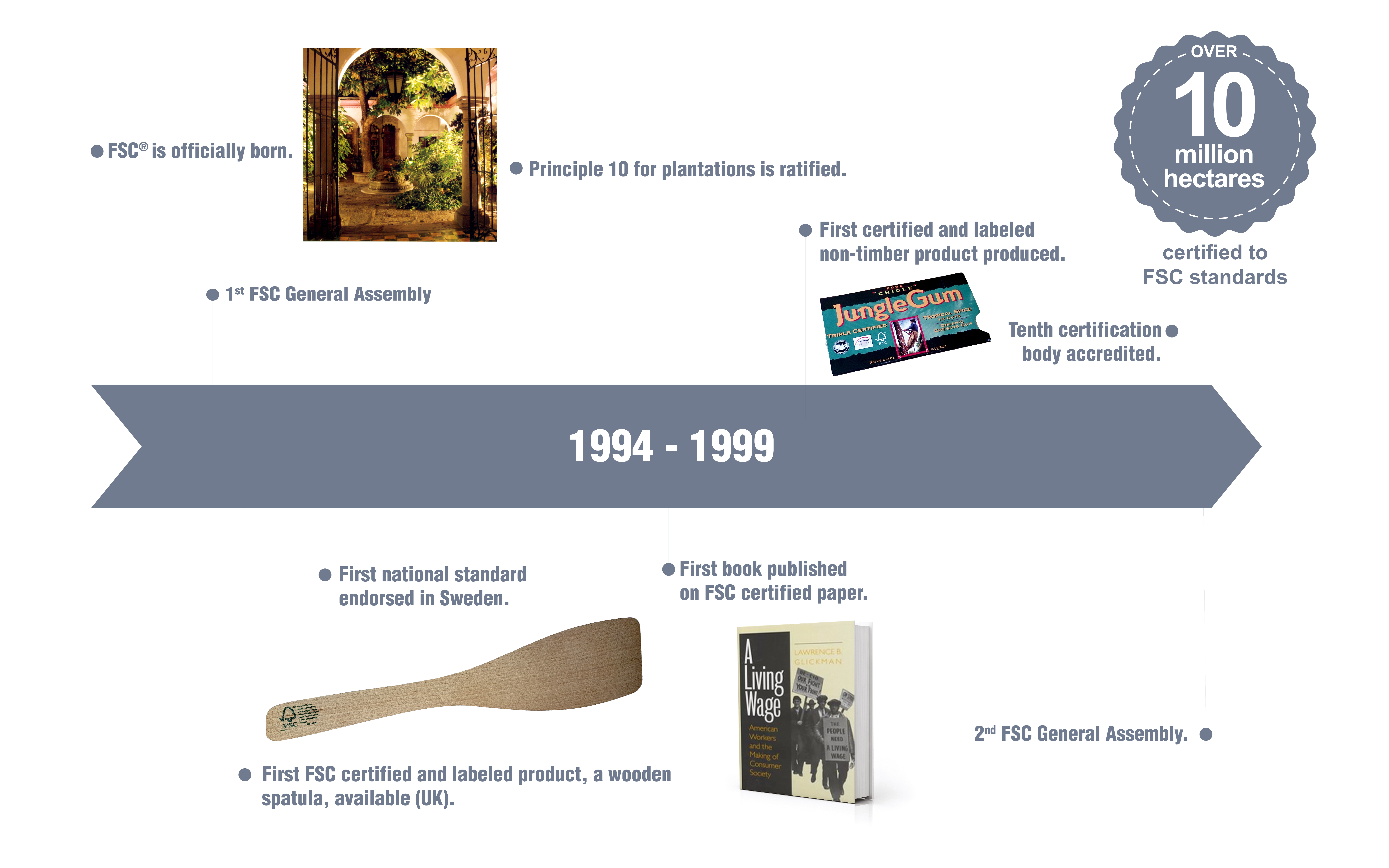 FSC is officially born. FSC AC is established as a legal entity in Mexico. The first certified product, a wooden spatula, becomes available in the UK.

Principle 10 for plantations is ratified. 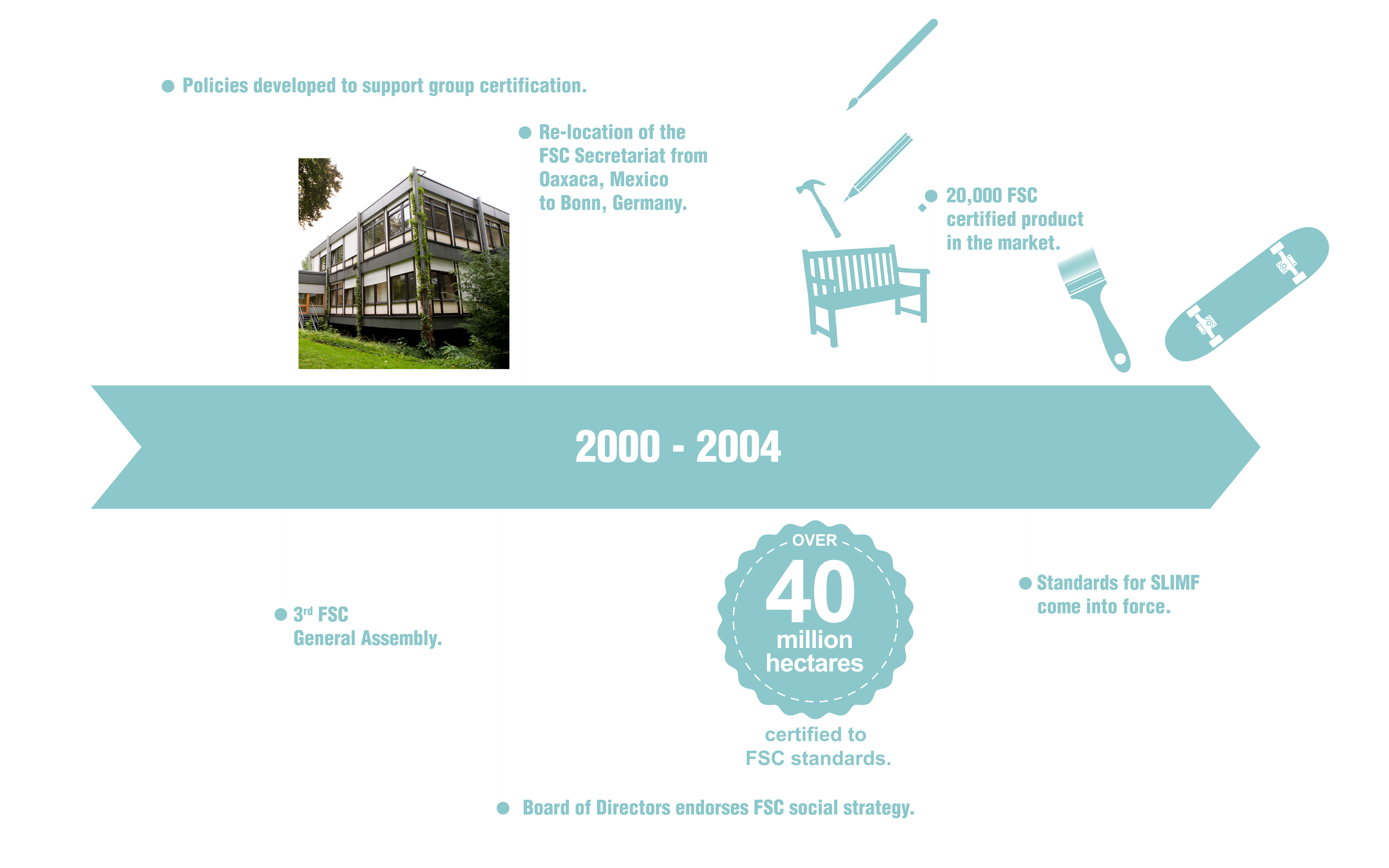 Re-location of the FSC secretariat from Oaxaca, Mexico to Bonn, Germany.
40 Million hectares of certified forest
20,000 FSC-certified products on the market.

Standards for small or low-intensity managed forests (SLIMF) come into force after two years of development.
FSC wins prestigious ALCAN prize for the contribution it has made to improving forest management around the world. 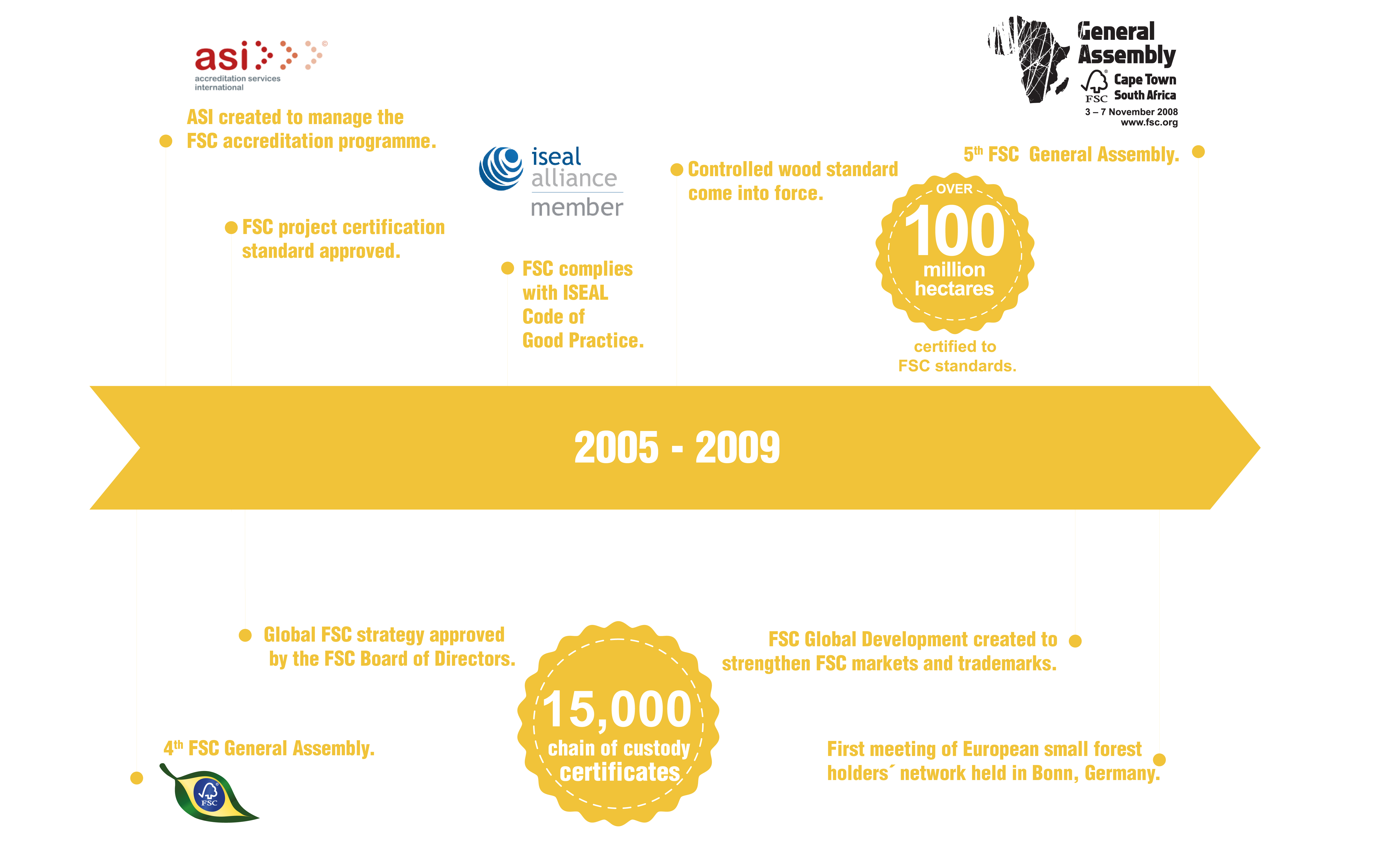 Global FSC Strategy approved by the FSC Board of Directors.
FSC Global Development created to strengthen FSC markets and trademarks.
More than 100 million hectares certified to FSC’s Principles and Criteria, distributed over 79 countries. Over 180 million hectares of forest worldwide are managed according to FSC standards.
27,000th chain of custody certificate issued.
Permanent Indigenous Peoples’ Committee established to give a formal voice to indigenous peoples in FSC’s principles. 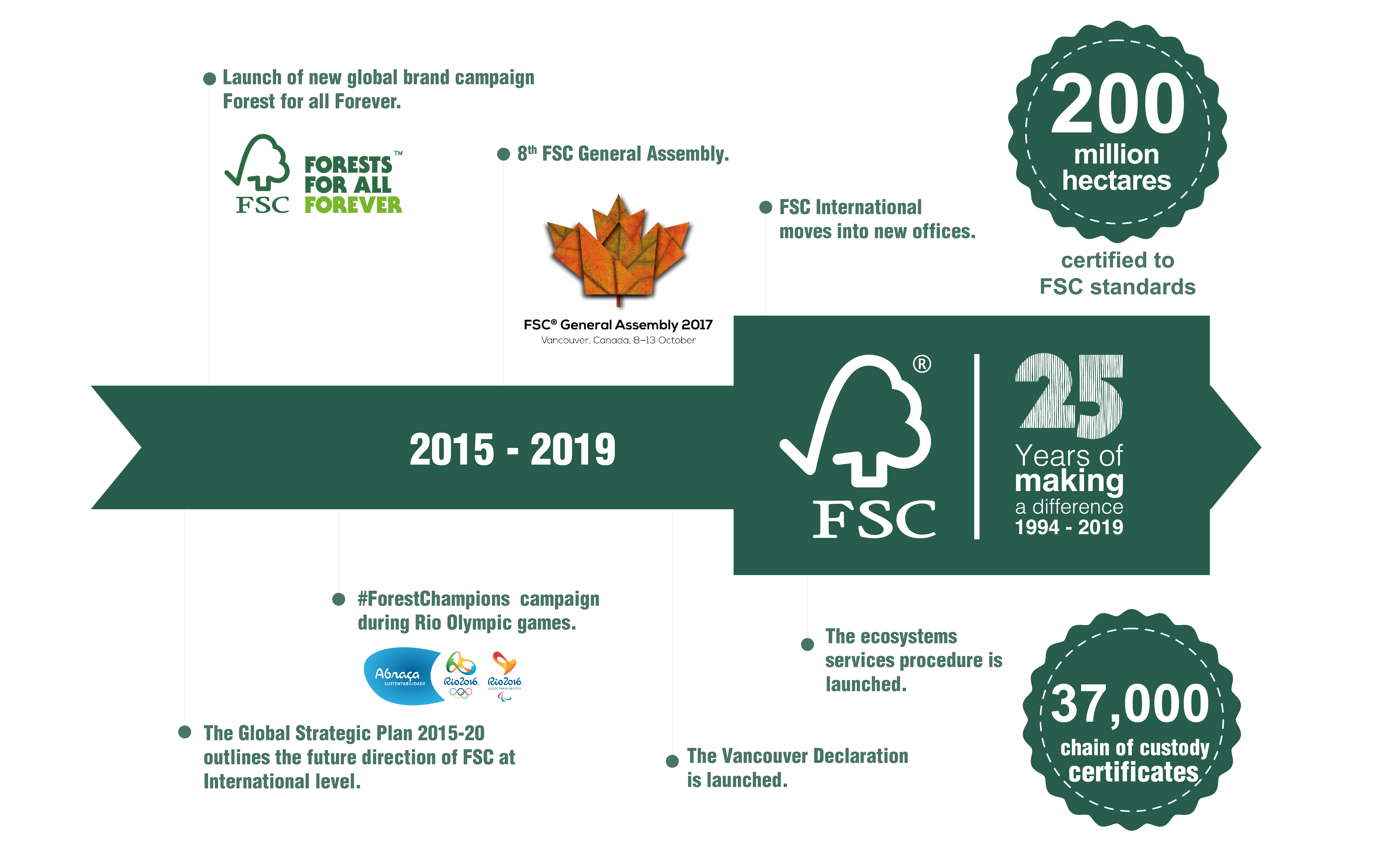 Launch of new global brand campaign: Forests For All Forever.
The Global Strategic Plan 2015 - 2020 outlines the future direction of FSC at an international level and the challenges faced by the world’s forest stakeholders.

Global campaign to celebrate the work of its Olympic torchbearers, the #ForestChampions is launched and reaches more than 5 million people on social media.
Much of the timber used in the construction of venues for the 2016 Rio Olympic and Paralympic Games was FSC-certified. In addition, millions of FSC-certified products were used at the Games.
Indonesian trade unionist, Rulita Wijayaningdyah, was appointed Chairperson of the FSC International Board of Directors – the first Asian woman to hold this position.

Millions of FSC-certified products at the Rio Olympics

The Vancouver Declaration is launched as a commitment made by organizations around the world to work towards meeting UN’s Sustainable Development Goals by sustainably sourcing forest products.
ÁmaZ in Peru becomes the first restaurant in the world to achieve FSC certification.
Pilot test for wood identification technologies is completed in North America with great success.

The FSC Ecosystem Services Procedure FSC-PRO-30-006, an initiative to create incentives for the preservation of valuable ecosystem services in responsibly managed forests, is launched. This is a world-first in forest certification.
FSC International moves into new offices in Bonn.